The evolution of new media promo poses new problems in relation to the use of third party trademarks. Web search engines such as Google allow the creation of sponsored links of products and services in order to show them in a highlighted position when a user performs a search. When a user inputs one of the keywords selected by the advertiser, the paid-for results will be displayed either on the right-hand side of the screen, to the right of the natural results, or on the upper part of the screen, above the natural results, together with a short commercial message, headed as “Sponsored Links” or “Ads”.
If, for instance, the user inputs the words “clock” and “man”, Google will display some advertisments for which the advertiser pays a fee, together with the search results. This advertising program is called AdWords.

Generally, if the keywords that the advertiser uses are of common usage or descriptive of its activity or products, no problem will arise. This is also valid for keywords corresponding to the advertiser’s trademarks or company name. But it could happen that the advertiser would like to use third parties trademarks, because, e.g., it sells their products, it is a distributor, a franchisee etc. Or it could be a competitor who wishes to advertise a similar or substitute product.

In that case, could the trademark owner prevent a competitor using its trademark as a keyword in Internet advertising?

The answer could vary and would depend on the manner in which the advertisement is presented. In the EU Court of Justice rulings, the use of a third party trademark as a keyword in Internet advertising could infringe third party rights and could constitute unfair competition.
In the opinion of the Court of Justice there could be an infringement if the 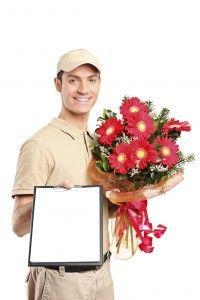 advertisement does not enable reasonably well-informed and reasonably observant internet users, or enables them only with difficulty, to ascertain whether the goods or services referred to by the advertisement originate from the proprietor of the trade mark or an undertaking economically connected to it or, on the contrary, originate from a third party (Google France v. Louis Vuitton, C-236/08 e C-238/08; Portakabin C-558/08, Interflora vs. Marks & Spencer, C-323-09).
The circumstances that the sponsored link does not itself include the sign identical or similar to the trademark used as a keyword, does not exclude the infringement.
The Court asks to verify case by case the manner in which the advertisement is presented, considering, e.g., if the advertisement appears immediately after the trademark has been entered as a search term and if it is displayed at a point when the trademark is, in its capacity as a search term, also displayed on the screen; if the advertisement is vague to such an extent on the origin of the goods or services and users are unable to determine, on the basis of the advertising link and the commercial message attached thereto, whether the advertiser is a third party vis-à-vis the owner of the trade mark or whether, on the contrary, it is economically linked to that owner. In the Interflora v. Marks & Spencer(C-323/09) case, the Court ruled that the trademark function of indicating origin could be adversely affected whether a third party’s advertisement suggests that there is an economic link between that third party and the owner of the trademark. In the opinion of the Court, the circumstances that the M & S’s advertising was displayed in response to searches performed by Internet users using the word ‘Interflora’, could lead those users to believe, incorrectly, that the flower-delivery service offered by M & S was part of Interflora’s commercial network, notwithstanding M & S was not part of this network.
Furthermore, according to the judges, the use of the trademark by the competitor as a keyword could adversely affect the trademark’s investment function if it substantially “interferes with the proprietor’s use of its trade mark to acquire or preserve a reputation capable of attracting consumers and retaining their loyalty“.
If the trademark has a reputation, which Interflora has, the owner would have the right “to prevent the use by third parties, in the course of trade, without their consent and without due cause, of signs identical with or similar to those trade marks where that use takes unfair advantage of the distinctive character or the repute of the trade mark or is detrimental to that distinctive character or repute”. However, it is for the referring court to determine whether, based on the particular facts of the dispute in the main proceedings, if there is such use of the sign.

The referring court, the High Court of Justice, England and Wales, in its decision issued on May 21, 2013 ruled that M & S advertisement does not enable a reasonably well-informed and reasonably observant internet user who has entered search terms including the word ‘Interflora’ to tell that the flower-delivery service offered does not originate from Interflora nor is it part of the same network. Therefore the advertisement adversely affects the function of indicating origin of Interflora’s trademark :”… the conclusion I have reached is that, as at 6 May 2008, the M & S advertisements which are the subject of Interflora’s claim did not enable reasonably well-informed and reasonably attentive internet users, or enabled them only with difficulty, to ascertain whether the service referred to in the advertisements originated from the proprietor of the Trade Marks, or an undertaking economically connected with it, or originated from a third party. On the contrary, as at 6 May 2008, a significant proportion of the consumers who searched for “interflora” and the other Signs, and then clicked on M & S’s advertisements displayed in response to those searches, were led to believe, incorrectly, that M & S’s flower delivery service was part of the Interflora network. Thus M & S’s use of the Signs had an adverse effect on the origin function of the Trade Marks. Furthermore, I conclude that this is still the case even now. It follows that M & S has infringed the Trade Marks under Article 5(1)(a) of the Directive and Article 9(1)(a) of the Regulation“).

By contrast, the judge concluded that the investment function of the Interflora’s trademark had not been adversely affected (as the advantage which M & S obtained could have been considered with “due cause” since M & S was offering an alternative flower delivery service) and that there was no evidence that M & S’ keyword advertising had an adverse effect on the reputation of the Interflora’ trademark, such as damage to its image.

As far as Italy is concerned, the Courts recognize that the use of a third party’s trademark as a keyword in Internet advertising may infringe the owner’s exclusive rights, both if the trademark is displayed in the sponsored link (Court of Milan 11 March 2009; Court of Milan 27 September 2010, Court of Milan 10 October 2010, Court of Milan 23 November 2012) and if it is not (Court of Bologna 24 May 2011). Recently, the Court of Milan 23 April 2013 concluded that “unauthorized use of a word corresponding to the trademark to open a sponsored link, constitutes an infringement under Article 21, second paragraph Italian IP Code, as the word is used with distinctive function of services and to create a likelihood of confusion in the market about their origin“.
The case examined by the Court is interesting as the defendant argued that it was Google, through a function of automatic bidding, to make a connection between the petitioner’s trademark and the defendant’s services. The Court ruled that the advertiser was obliged to respect the petitioner’s trademark rights and, thus, should have added negative keywords to prevent the publication of the advertisement in correspondence with those keywords.

In conclusion, how to act in case of unauthorized use of the trademark by a third party?

Trademark owners who are concerned about a trademark’s use in an Internet advertising service like ADWords may, at first, try to resolve the dispute directly with the advertiser by sending him a cease and desist letter requesting the infringement to stop. In our experience, sending a warning letter often induces the competitor to spontaneously cease to use the trademark. Trademark owners may also file a complaint to Google completing the Trademark Complaint Form (see Google “Help for trademark owners” policies). If any attempt to solve the matter directly with the advertiser or through Google should fail, there will probably be no other way than to start legal proceedings against the advertiser.