If it’s a luxury, you can’t get it on Amazon

Good news for luxury brands. The European Court of Justice has stated that suppliers of luxury goods can prohibit their authorised distributors from selling their goods on third-party internet platforms, such as Amazon (C230/16, Coty). The decision may have a great impact on online distribution practices, allowing luxury brands to legally ask their authorised distributors to sell the goods online, provided that they use their own electronic shop window or non-authorised third-party platforms, if the use of such platforms is not discernible to the consumer. 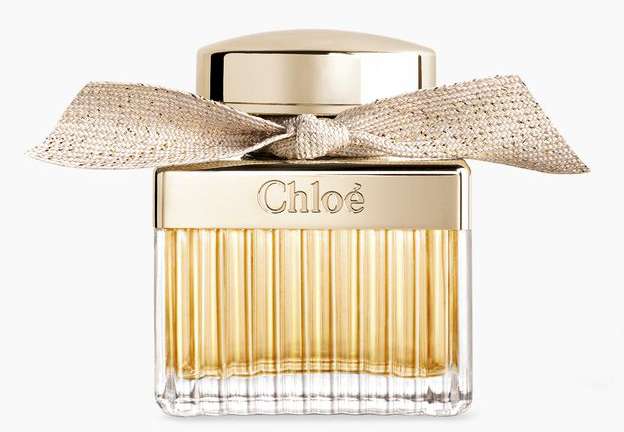 Under the principle of exhaustion an EU trade mark shall not entitle the proprietor to prohibit its use in relation to goods which have been put on the market in the European Economic Area under that trade mark by the proprietor or with his consent (art. 5 Italian Code of Industrial Property and art. 15 Regulation on the European Union trademark 1001/2017). Guidelines adopted with the Regulation 330/2010 on vertical restraints prescribe that restrictions on internet sales cannot be imposed by suppliers on their retailers.
Exhaustion shall not apply where there are, legitimate reasons for the proprietor to oppose further commercialization of the goods.

Furthermore, European case law states that the existence of a selective distribution system may be considered a legitimate reason to the purpose of Article 7 of EU Trademarks Directive (2008/95/EC) when the sale of luxury goods by the licensee to third parties that are not part of the selective distribution system might damage the prestigious image and aura of luxury of those goods. In the Copad case (C-59/08, Copad), the Court of Justice clarified that “the quality of luxury goods is not just the result of their material characteristics, but also of the allure and prestigious image which bestows on them an aura of luxury (see also, to that effect, Parfums Christian Dior, paragraph 45) Since luxury goods are high-class goods, the aura of luxury emanating from them is essential in that it enables consumers to distinguish them from similar goods. Therefore, an impairment to that aura of luxury is likely to affect the actual quality of those goods ». The Court of Milan, in the case Chanel, 12 January 2016, stated similarly.

Under Regulation no. 330/2010 a selective distribution system “means a distribution system where the supplier undertakes to sell the contract goods or services, either directly or indirectly, only to distributors selected on the basis of specified criteria and where these distributors undertake not to sell such goods or services to unauthorised distributors within the territory reserved by the supplier to operate that system” (Art. 1 e) Reg. 330/2010). In the Pierre Fabre case (C-439/09), the Court has confirmed that the organisation of a selective distribution system is not prohibited by Article 101(1) TFEU, to the extent that resellers are chosen on the basis of objective criteria of a qualitative nature, laid down uniformly for all potential resellers and not applied in a discriminatory fashion, that the characteristics of the product in question necessitate such a network in order to preserve its quality and ensure its proper use and, finally, that the criteria laid down do not go beyond what is necessary. In the Copad case (C-59/08) the Court has pointed out that “setting up a selective distribution system such as that at issue in the main proceedings … seeks to ensure that the goods are displayed in sales outlets in a manner that enhances their value, ‘especially as regards the positioning, advertising, packaging as well as business policy’, contributes … to the reputation of the goods at issue and therefore to sustaining the aura of luxury surrounding them. It follows that it is conceivable that the sale of luxury goods by the licensee to third parties that are not part of the selective distribution network might affect the quality itself of those goods” (p. 29 and 30).

As mentioned above, EU Regulation no. 330/2010 and in particular the guidelines on vertical restraints make it clear that, in general, where a distributor uses a website to sell products, that is considered a form of passive selling and thus every distributor must be allowed to use the internet to sell its products. « A restriction on the use of the internet by distributors that are party to the agreement is compatible with the Block Exemption Regulation to the extent that promotion on the internet or use of the internet would lead to active selling into, for instance, other distributors’ exclusive territories or customer groups” (p. 53). There are, however, some exceptions. In particular, just as for brick-and-mortar stores, the supplier of luxury goods sold through a selective distribution system can require that online stores also meet specific qualitative standards, as long as such standards aim to preserve the aura of luxury of the goods and to contribute to their standing (“However, under the Block Exemption the supplier may require quality standards for the use of the internet site to resell its goods, just as the supplier may require quality standards for a shop or for selling by catalogue or for advertising and promotion in general. This may be relevant in particular for selective distribution. […]Similarly, a supplier may require that its distributors use third party platforms to distribute the contract products only in accordance with the standards and conditions agreed between the supplier and its distributors for the distributors’ use of the internet” (p. 54).

In this context, in the Coty ruling of December 6, 2017 the Court points out the lawfulness, theoretically, of those contractual clauses which prohibit authorised distributors, in a selective distribution system for luxury goods, from using, in a discernible manner, third-party platforms for the internet sale of those goods, such as Amazon.de.

In the case at issue, the distribution agreement between Coty Germany and Parfümerie Akzente was brought to the attention of the Court. Parfümerie Akzente was the distributor authorised to sell Coty luxury cosmetics, both at its brick-and-mortar locations and over the Internet. On the Internet, Parfümerie Akzente used to sell Coty goods partly through its own online store and partly through the platform Amazon.de.
The Coty/Parfümerie Akzente agreement provided that each of the brick-and-mortar stores should comply with a number of requirements set by Coty relating to their environment, décor and furnishing. Moreover, the agreement stated that ‘the signage for the sales location, including the name of the undertaking and any add-ons or company slogans, must not give the impression of a limited selection of goods, low-quality outfitting or inferior advice, and it must be mounted in such a way that it does not obscure the authorised retailer’s decorations and showrooms’. When Regulation No 330/2010 became law, Coty Germany asked Parfümerie Akzente to execute a revised agreement under which Parfümerie would have been entitled to offer and sell the products on the Internet provided, however, that “internet sales activity were conducted through an “electronic shop window” of the authorised store and the luxury character of the products is preserved”. Furthermore, the agreement prohibited the use of a different business name as well as the recognisable engagement of a third-party undertaking which is not an authorised retailer of Coty.
As Parfümerie Akzente refused to sign the amendments to the selective distribution contract, the case (C-230/16) came to the attention of the Court of Justice, from which the Oberlandesgericht Frankfurt am Main requested a preliminary ruling.

As luxury brand websites and online shops show, it is possible to convey an image of luxury even via the Internet and to offer the consumer an experience consistent with that of the brick-and-mortar stores. Rather, it seems to me that this is one of the most marked trends of the last decade.
If people no longer think that only cheap and discounted goods are available on the Internet, this is due to the vision of important players like big fashion groups and Net-a-porter, which have been able to impose their vision of luxury even in the online dimension.
Big brands are careful to offer online shopping in harmony with their identity and image: Luxury is not for everyone and it can’t be sold just anywhere, ça va sans dire.
The European Court of Justice has proved to be aware of this relevant transformation in online distribution practices and is especially aware of the fact that a poor presentation may end up having a negative effect on the quality itself of luxury goods, undermining goodwill and years of investment and effort on the part of the brand owners.